Showing posts from January, 2009
Show all

It’s long since I got attached to a Hindi Movie, which has moved into a trend where the box-office records directly parallel to the number of star-cast who make up the list.  Bad plot work and cheap imitation of Hollywood style, had made the movie-buff in me to concentrate more on the Hollywood genre.  But, I should say 2008 certainly is a blessing in disguise for the sagging Bollywood industry. Top of the Pick is A Wednesday , a movie which has a strong plot-work (written & directed by Neeraj Pandey), further breathed life by the powerful acting of Naseerudeen Shah , and Anupam Kher .  The story revolves around a Common Man who takes the entire Mumbai city into a hostage crisis with demands, which attributes him as an ally to Terrorism.  But, there is a twist in the storyline at the end of it when the real motive is revealed (even though, it isn’t hard to guess it with the initial scenes of the movie). The character of “Common Man” as portrayed by Naseerudin Shah, simply ste
181 comments
Read more 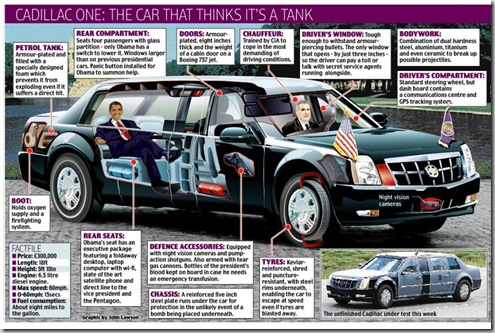 Forget Batmobile, we have a new player in the field of techno-gizmo SUV, as the Obamamobile will make its entry soon.  Look at the description (sourced through an email). The Beast: Cadillac One, Barack Obama's new presidential limo And here we are, who still continue to dream for a spacious car which could fit a family.  Financial Injustice. Anyways, Congrats to Obama for becoming the first-ever Black President of United States.  Hopefully, he will fare better than his predecessors.
22 comments
Read more

If you had briefed my profile, then you would know that I share an another passion towards Sports.  And being an Asian, there are no prizes for guessing that my favourite sport of them all, would obviously be Cricket .  The last few months have been tremendous for Cricket Fans, who are witnessing a sea-side change from the Australian witnessed and tired Dominance over this sport for more than a decade.  Now, with the back-to-back Test Series losses to India away , and South Africa at home, they have been proven human. It will be interesting to see how they respond back to claim their numero-uno position.  They have the depth in their domestic circuit to do that, but the rest of the world is fast catching up with them.  Overall Peter English of Cricinfo summarized the present situation in the best possible way:  “Australia are learning how the rest of the world lived over the past decade” Either you are a Cricket Fan or Not, your best time to follow this sport is now.  No m
18 comments
Read more
More posts